If, like many small businesses, you’ve had to slow down or close your doors while we navigate our way through the next few months, now could be the perfect time to give your website a little TLC.

It’s not something we get round to very often, but looking at your website from the perspective of a first-time visitor can be surprisingly insightful.

Years of tweaking content and adding sections can interrupt the flow of your messaging, so, why not take some time to find out what’s working well, and what can be improved?

But before I start, I’d like to make a small disclaimer: 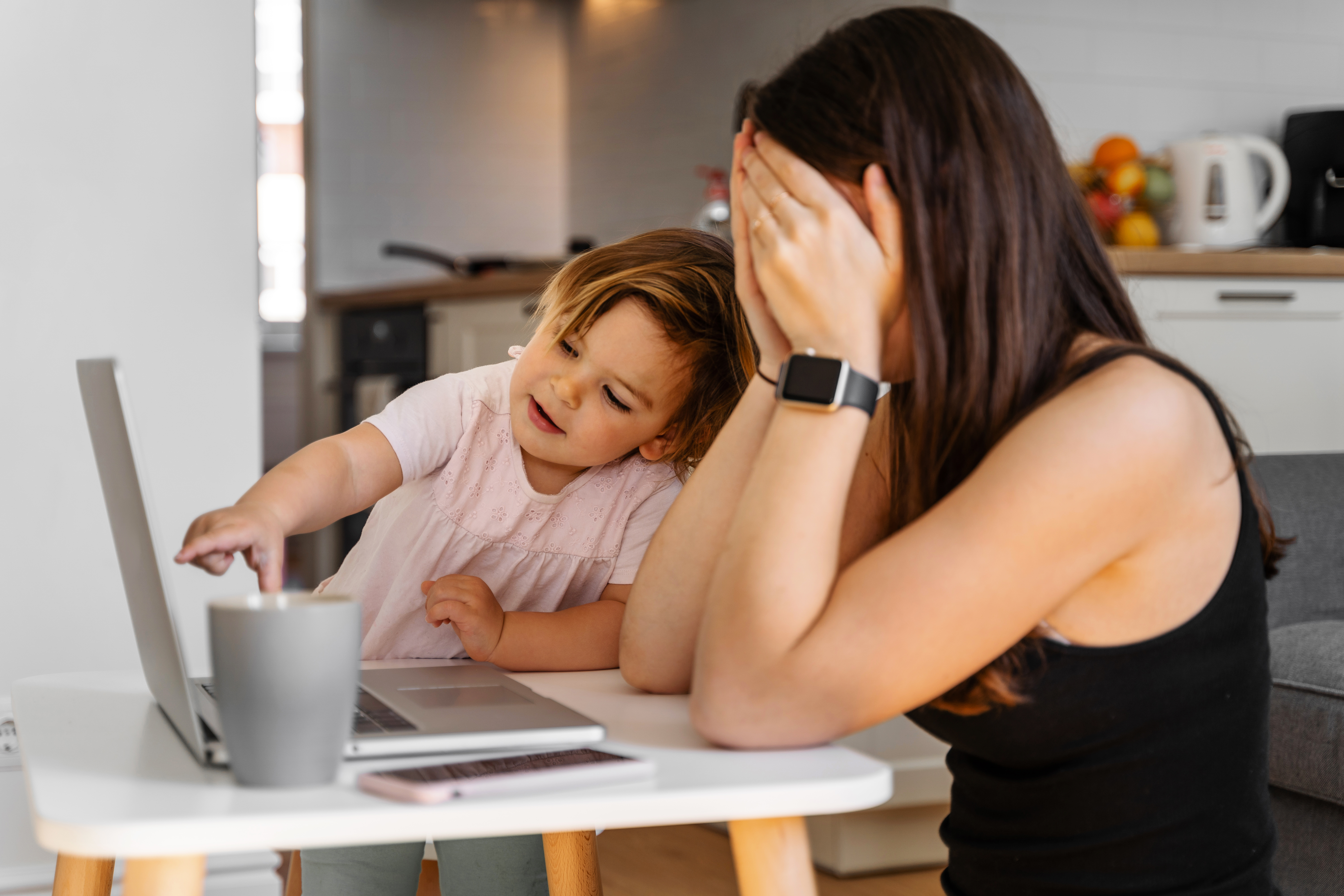 I know that for many small business owners, being in lockdown is NOT the best time to make grand plans for the future, take up a new hobby or learn new skills.

For most of us, it’s all about survival.

Juggling work commitments alongside childcare, homeschooling, cabin fever, isolation and endless Zoom meetings – while maintaining some semblance of normality – is quite enough to be getting on with, thank you.

BUT, if you do find yourself with time on your hands, here are five ways you could improve the content on your website, while we wait for normal service to resume.

Who are you writing for?

Every reader is a potential customer, a returning customer, someone who’s looking for information or advice.

The best content grabs their attention, uses language that resonates with them, and solves their problems.

It takes them on an effortless journey from first click to taking action (whether that’s booking an appointment or buying your product or service).

A website shouldn’t be a vanity project – somewhere to just show off and brag about your business.

Because, quite frankly (brace yourself):

Your customers don’t really care about you.

They just want to find the information or product that they’re looking for, and be on their merry way.

So give it to them.

It might seem counter-intuitive, but looking after your customer first, answering their questions and enabling them to find information quickly, is the key to good SEO.

Google recognises useful websites and rewards them with a higher ranking.

If people come back to your site regularly, share your content or make the journey from landing page to checkout quickly and easily, you’ll soon see the pay off in ranking.

So, look after your customers with good, interesting, useful content, and everyone’s a winner.

If the opening header on your homepage says ‘Welcome to my website’, ‘Hi, thanks for visiting’, or any other generic stream of nothing-words, it needs to change. Now.

This is the most important sentence on your whole site, for two reasons: 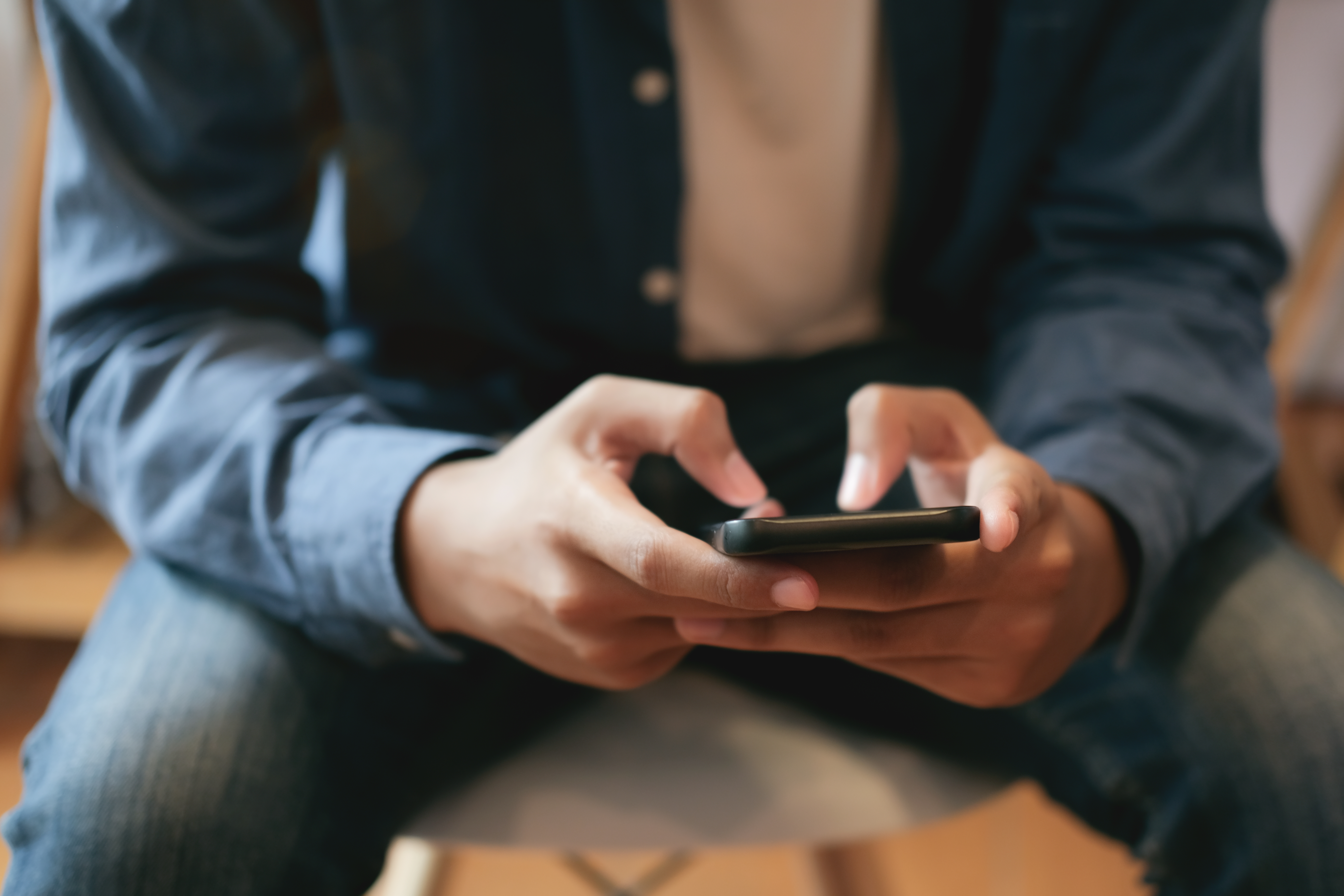 Man browsing the internet on his mobile phone.

What do people type into the search bar when they’re looking for your products or services? (Hint: it’s not ‘welcome to my website’).

Have a think about what your business’ USP is.

You need to dig down and find out the most compelling thing about your business (from your customers’ perspective) and shout about it.

Within seconds, visitors need to understand:

If it’s not immediately clear, they’ll simply click away.

You have around 2.5 seconds to seal the deal, so use a strong attention-grabbing headline, followed by a short paragraph summarising what you do. Give people a reason to read on.

Here are some good examples: 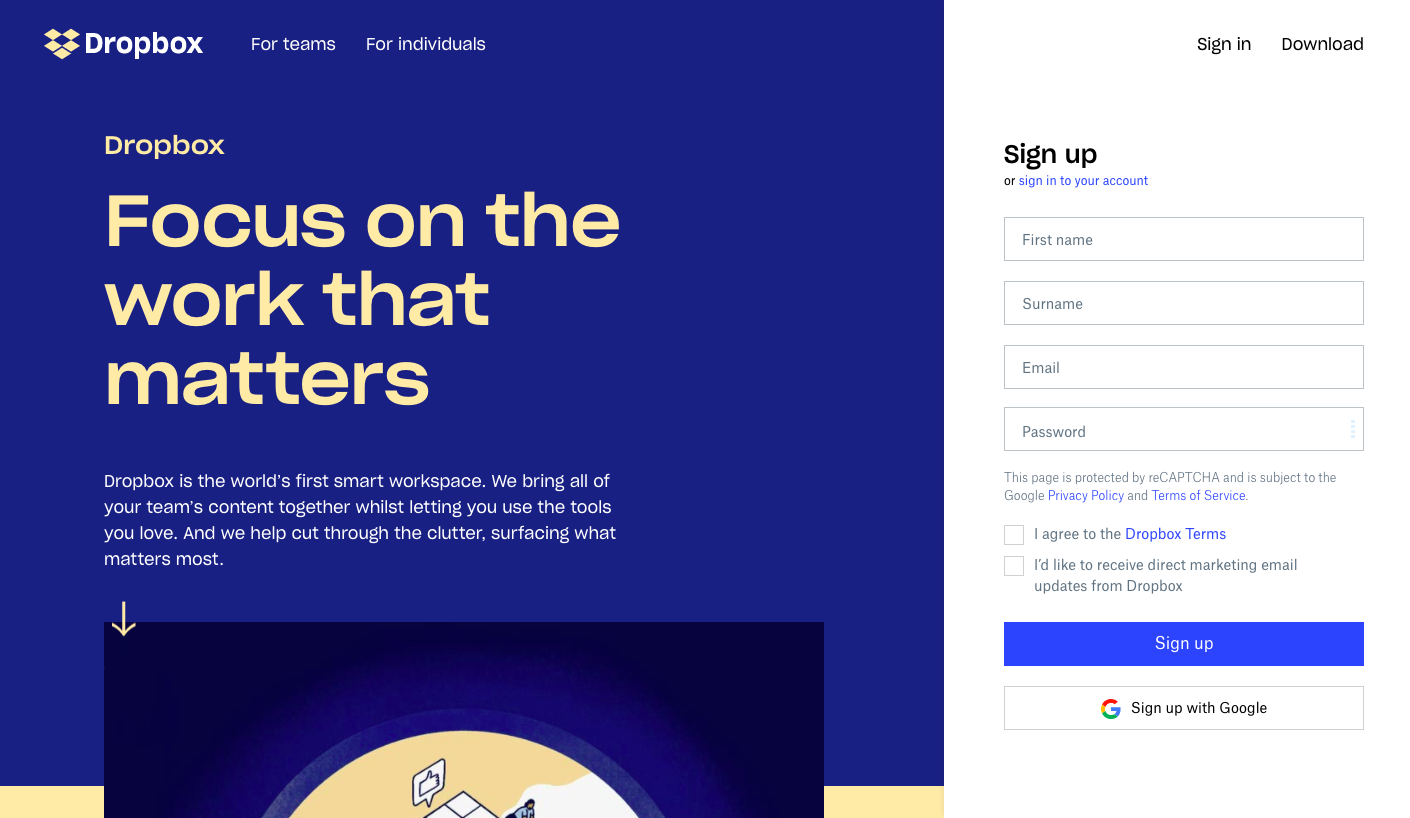 Dropbox: Focus on the work that matters. 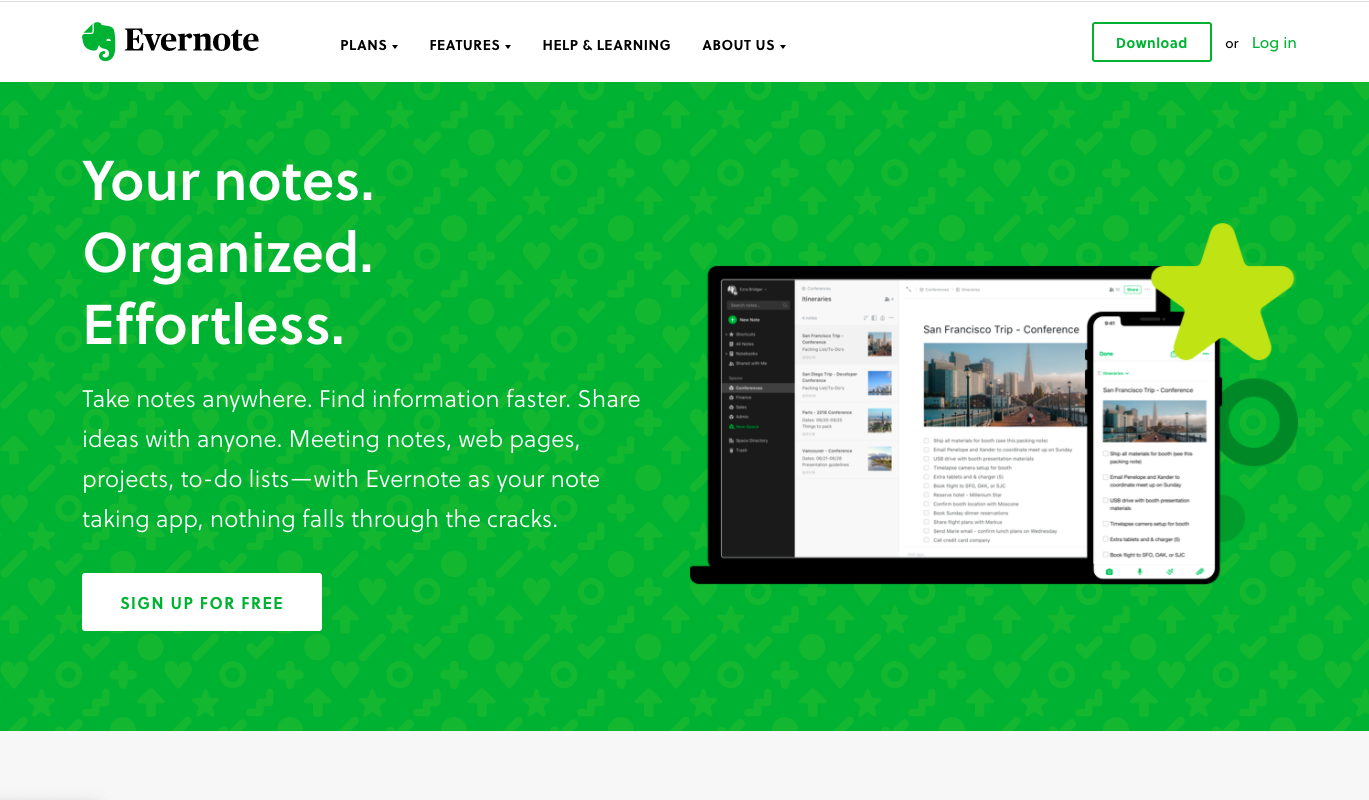 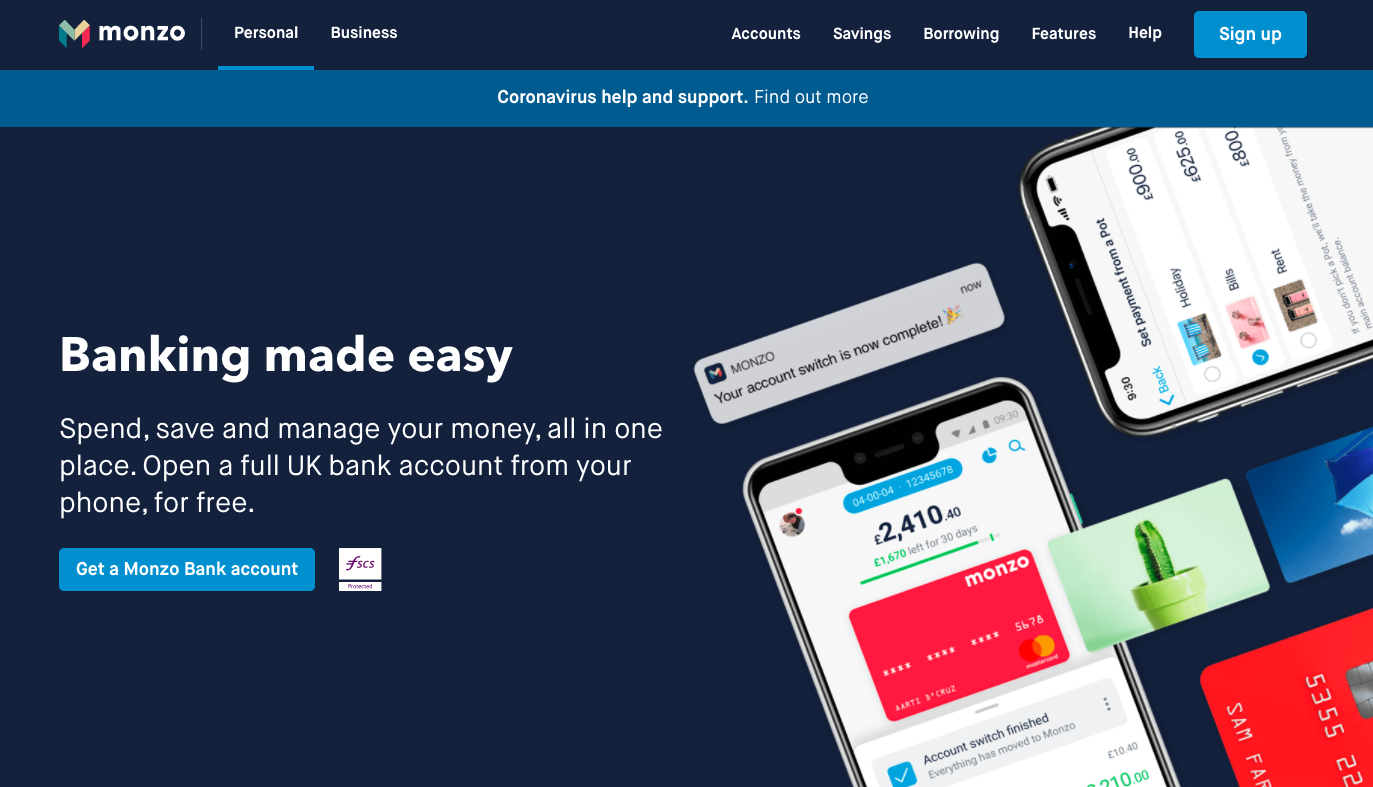 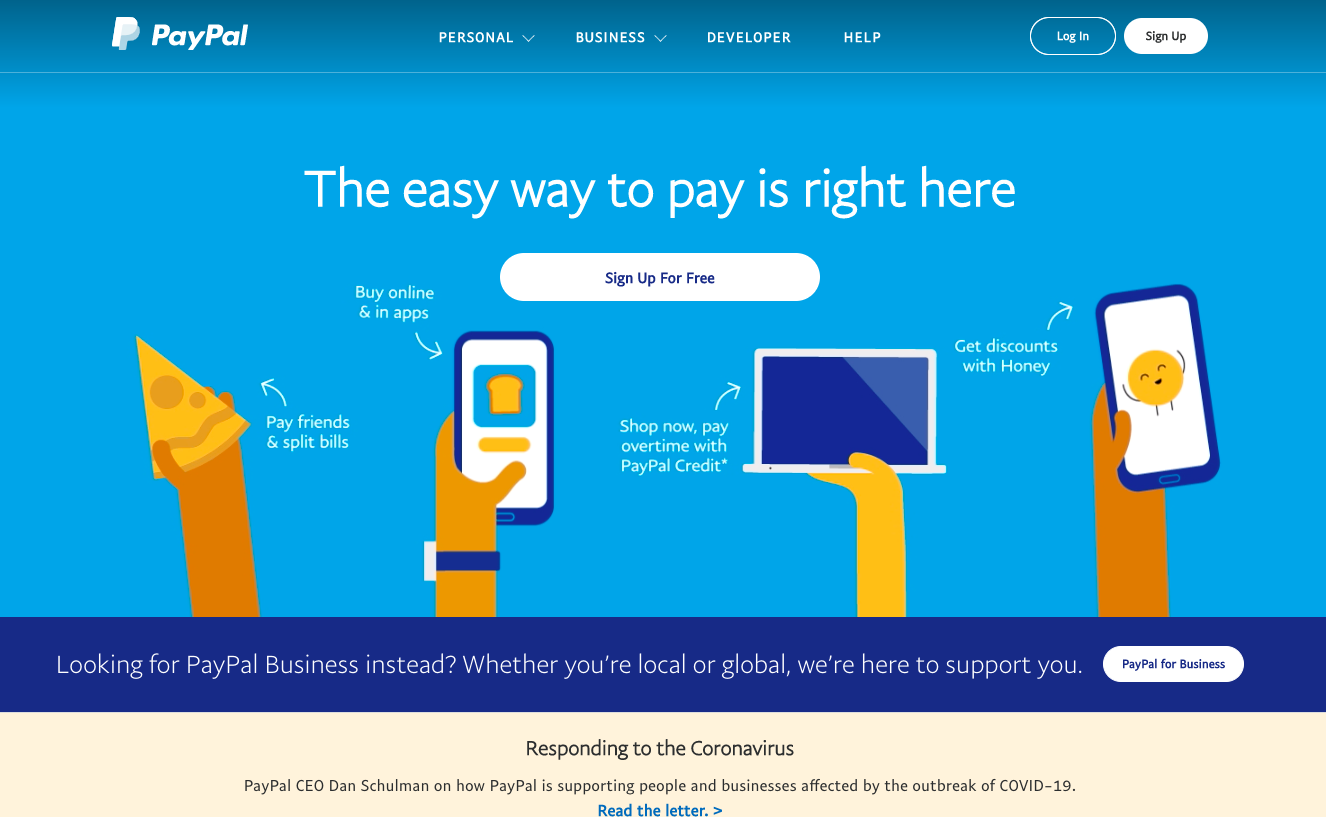 PayPal: The easy way to pay is right here.

Notice something else they have in common? A prominent call to action (CTA). Tell people who you are, what you can do to help, and a way to take you up on the offer.

Remember, people have come to your website looking for information, to buy a product or book a service.

They do NOT want to wade through reams of waffle, however well written it may be.

People only read about 20% of the content you write, so make it easy for them to get to the bit they’re interested in.

How? By breaking it up into manageable chunks.

Content needs to be scannable, so people can quickly find what they’re looking for.

But don’t worry. Chances are, if you answer their question well and can lead them to other parts of your website for more information, they will stick around and read on.

i.e. Don’t waffle on about yourself.

You’d be surprised how many businesses make this mistake – they’re so keen to get their message across and tell everyone how brilliant they are.

But, back up a bit there, eager beaver.

Who’s it for again?

Exactly. Someone who is looking for specific information, or a product or service to solve their problem.

It’s unlikely they’re looking for a detailed account of your company history (unless, of course you’re Apple).

So, how should you tackle such enquiries?

All the content on your website (not just your homepage) should talk directly to the reader – about their problems, and how you can solve them.

If the word ‘you’ doesn’t appear three times for every ‘we/us/me’, you need to rephrase a few sentences.

Remember, people don’t really care about you or your business.

They only care what you can do for them.

If most of your customers come to your site looking for a particular product or service, don’t hide it away in a long list of options.

Remember, you’ve got just a few seconds to convince someone they’ve come to the right place.

So, if you know what your best-selling product is, or that most people come book an appointment online, make this the first thing they see when they click on your homepage.

You can worry about up-selling and cross-selling later. For now, you just want to give people what they want, so they don’t go elsewhere.

Having your most popular products/services on your homepage will help customers to make a decision about what to buy, too.

Your website’s job is to help people get from A (their question or problem) to B (your solution) as easily as possible.

If people have to search too hard, they’ll just click elsewhere. 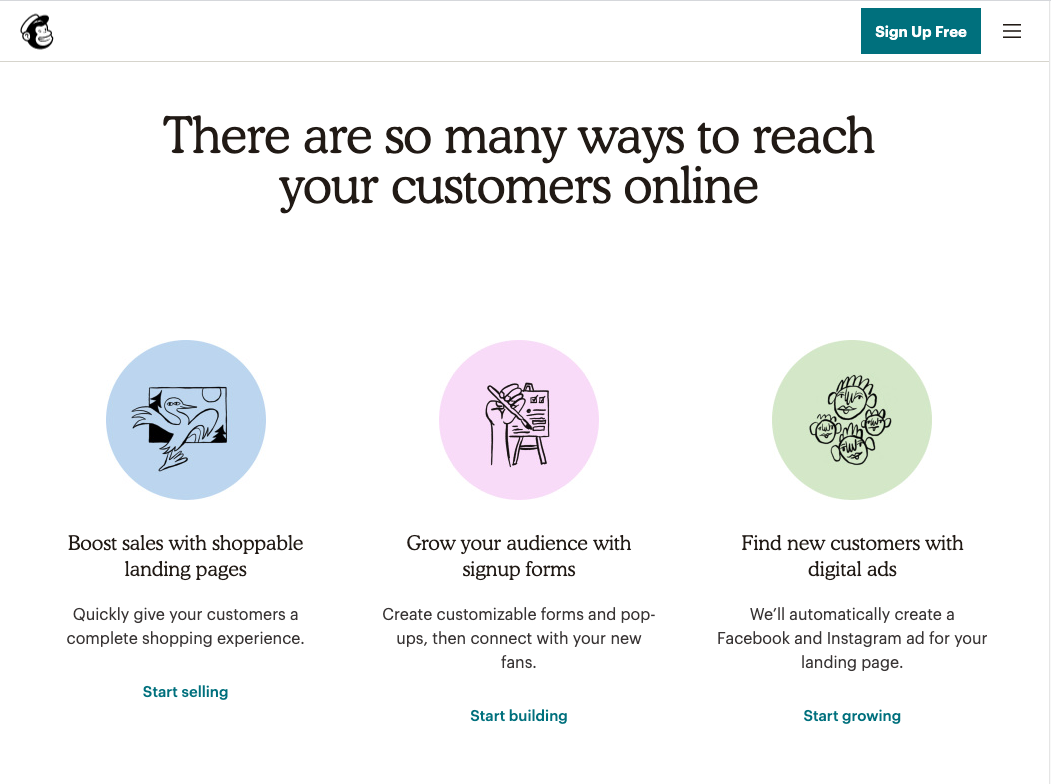 Some businesses deliberately hide their contact details, in a bid to stop people complaining, which is a really bad idea.

Not only will disgruntled customers take to social media to vent instead (and damage your brand), but listening to customers’ complaints and dealing with them effectively will actually boost your reputation.

It’ll also give you useful insight into what customers might be struggling with.

But, aside from this, a lot of people just come to your website so they can send you an email or call you to ask about opening times or product details.

It’s so easy to do, too. Just stick your email address or phone number in the navigation bar at the top, and you’re done.

That was easy, wasn’t it!

Why is everyone panic-buying toilet roll?

The world seems to have gone completely mad in the last few weeks.

People are fighting in supermarkets. The elderly are confined to their homes.

Americans are queuing round the block to stock up on guns and ammo.

And everyone else seems obsessed with toilet roll.

What is it about loo roll that gets people so anxious to get their hands on some?

A few have suggested that they need a good supply to blow their noses, once the dreaded virus hits town.

Others have mused that it’s to do with control: if you feel out of control in a situation, you focus on the small things you can actually manage confidently.

Apparently wiping your bum is high up on the list.

But, having just finished a course in behavioural economics, I find myself recognising some patterns of behaviour that psychologists have been talking about for a long time…

So, here’s my take on what’s happening in the brains of people, all over the world:

Robert Cialdini is the Professor of Psychology at Arizona State University and author of the book ‘Influence: The Psychology of Persuasion’.

To many, he’s the Godfather of psychology and human behaviour.

Cialdini’s research into the factors that motivate us to take action – whether it’s to book theatre tickets, buy a new lawnmower or pay twice the price for a particular brand of jeans – led him to create the six ‘Principles of Persuasion’.

One of these principles is ‘scarcity’.

If something is (or appears to be) rare, people are instantly drawn to it.

Simply telling customers that stock is limited can boost sales. Restrict people to ‘5 items per person’ and they will spend more money in your store than if you didn’t impose a limit at all.

It seems irrational, but it works.

So, with loo roll being in apparent short supply, people are becoming fixated with it.

And fighting over it.

Of course, social and mainstream media are intensifying the situation, showing row upon row of empty shelves. Causing people to grab as much as they can, whenever they see it.

But really, it’s not their fault. It’s human nature.

Luckily, I have my toilet roll delivered by Who Gives A Crap, (who, incidentally, sent me a fantastic email, reassuring me that my next delivery was in good hands, and that in the meantime, I should think about being neighbourly and offer one of my spare rolls to someone in need. Bravo, WGAC!)

Anyway, back to business.

The second cognitive bias at play in the loo roll game, is to do with social norms.

If you see lots of people (particularly in your peer group) acting in a certain way – whether it’s good or bad behavior – it quickly becomes normalised.

Have you ever seen a group of people running down the road?

If enough people run past you, the chances are that you’ll start running, too.

You have no idea whether you’re running away from danger, or towards something exciting. Nevertheless, your instinct tells you to join the crowd or face the consequences.

Of course, all this happens in our subconscious mind.

We don’t stand there weighing up the pros and cons of our actions, but there is always a tipping point at which we feel compelled to take action.

And this is what’s happening in supermarkets all over Europe.

People see trolleys piled high with toilet roll, pasta and flour, and they (subconsciously) think “there has to be some important reason why everyone’s doing this, I better get some too, before it runs out.”

In short, us humans are much easier to manipulate than we would ever like to admit.

Obviously, some of the stockpiling is a direct result of fear.

We’re in an unprecedented situation.

Nobody knows what will happen next, so we’re doing the best we can to prepare for an uncertain future.

I just hope that if the worst does happen, we’ll all be there for the most vulnerable people in society, offering a spare toilet roll, a bag of pasta or an elbow bump when it’s needed.

Stay safe out there, people.